Mazda UK has won the coveted Approved Used Car Network of the Year title at the 2016 Motor Trader Q Awards.

Commenting on the award, the Motor Trader Q Awards judges said: “This impressive approved used scheme provides for the remarketing of Mazda’s car fleet through its dealer network. It won the award for the successful launch of its used car locator in April 2016; the development of a best practice photography guide and used car training programme for dealers and its successful pilot of a social media campaign on Facebook.” The Motor Trader Quality Awards judges also acknowledged how the programme is achieving impressively high margins for Mazda dealers.​ 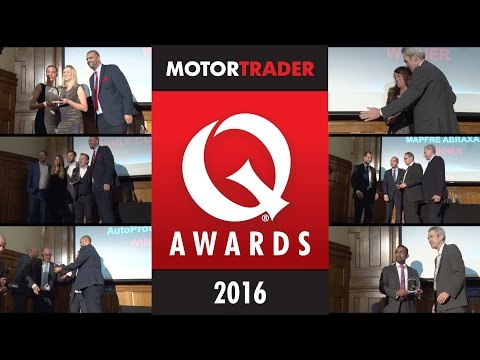 Back
Book A Service
Vehicle Valuation
Compare Saved Vehicles
Top
Close
Your Cookie Settings
Select your cookie settings
Strictly Necessary Strictly Necessary cookies are essential to let you move around the website and use its features, such as accessing secure areas, shopping baskets and online billing. These cookies allow our website to provide services at your request.
Functional Functionality cookies are used to remember the choices you make, e.g. your user name, log in details and language preferences. They also remember any customisations you make to the website to give you enhanced, more personal features.
Targeting Targeting cookies collect information about your browsing habits to deliver adverts which are more relevant to you and your interests. They also measure the effectiveness of advertising campaigns.
Save Settings
Cancel Changes

Your settings will take affect when you refresh the page or move to a new page. Find out more about cookies

This site uses cookies and related technologies for site operation, analytics and third party advertising purposes as described in our Privacy and Data Processing Policy. You may choose to consent to our use of these technologies, or further manage your preferences. To opt-out of sharing with third parties information related to these technologies, select "Manage Settings" or submit a Do Not Sell My Personal Information request.